Whether you’re a Photographer, Videographer, DJ, Graphic Designer or a Voiceover Talent and Producer like myself, you can relate to the hard decision of knowing of “when to retire your old voiceover gear?” There is a old adage that says “If it ain’t broke then don’t fix it. And for many people in many industries, we stick with what we know and works for us. I’m like that to a degree. I love new things but don’t always want to put in the effort to go with the latest and greatest and so I don’t. Meanwhile the latest and greatest flashes across facebook ads and post by fellow voiceover pros who get new audio gear. And that fuels my temptations. But usually unless I really need something, I don’t switch. Recently though, the need became obvious, so I switched out my old gear.

I did a video a few years ago called “What’s in my voiceover studio?” At the time it was about how my studio of some high end gear and some low budget solutions can get you into a pretty productive voiceover career. But as of 2016 some of that gear began to wear, especially the computer. My Dell XPS from 2011 just didn’t want to do the trick anymore. So I tried to do some upgrades but after months of being in denial, it was time. So I consulted my computer guy (Gerald X– Identity Kept Secret To Protect His Family And Friends) who steered me towards a number of great PC’s that would both do audio and some video editing. After much deliberation, I picked the HP Omen because of the graphics card. I upgraded the RAM to 32 gb instantly and I was good to go.. Right? Well No. 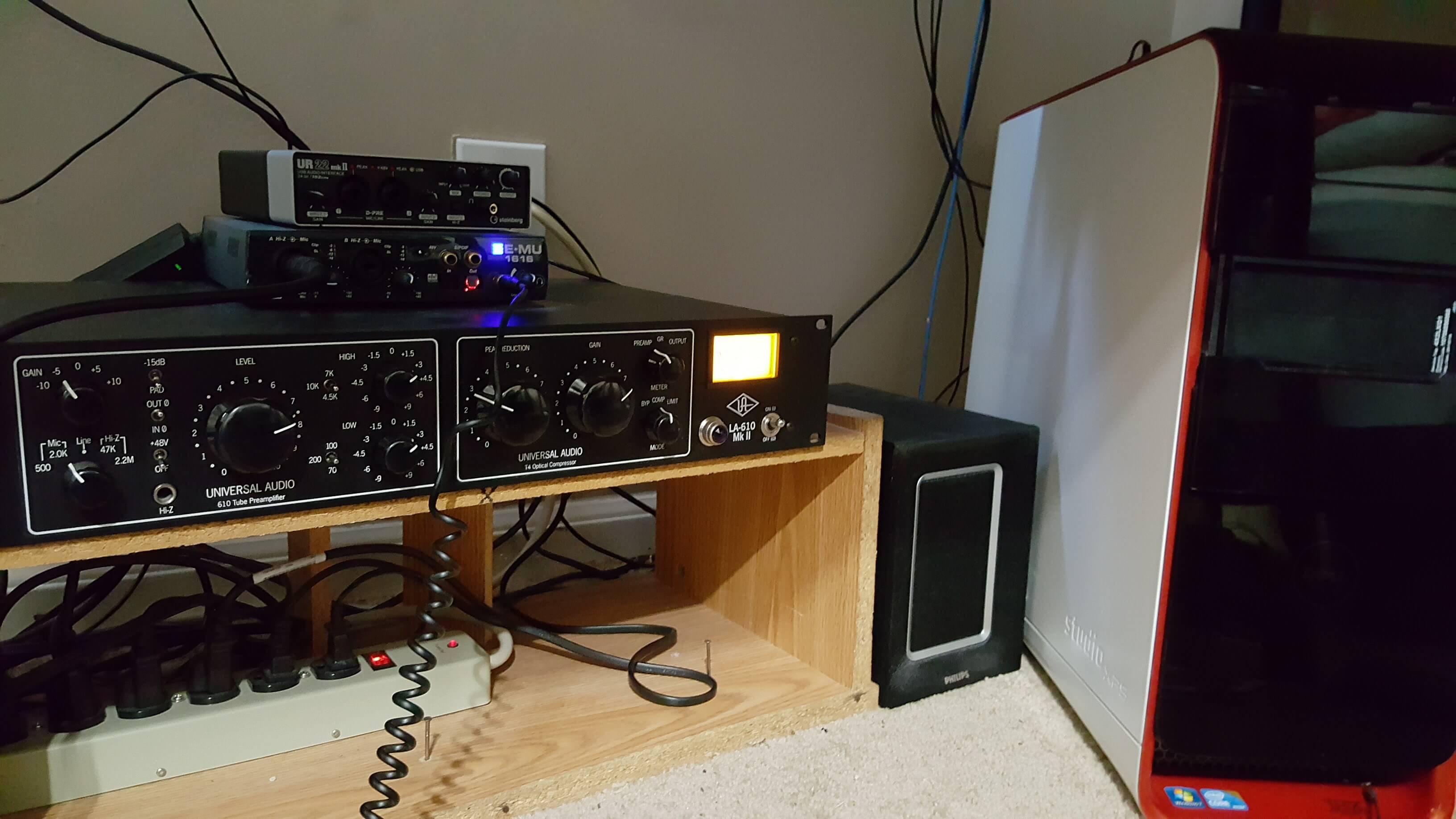 Now I’m faced with the other problem. I had been using a single piece of old audio gear since I started my career in late 2004. I was the EMU-1616. This was my audio interface and after getting the new Omen I realized that I couldn’t just attach the EMU to it quite so easily. The place in the back where I attached the audio card in my previous computer, now had upgraded installed ports. So now I’m stuck. It means I have to upgrade yet another piece of my set-up. This wasn’t the plan.

So I consulted with other talent via conversation and through chats online and decided that I was going to get a Focusrite Scarlett 2i2. I was ready to pull the trigger when an old friend and classmate who is a world renowned audio guy recommended the Universal Audio Apollo Twin. I read up on it and fell in love. It seemed amazing. You mean to tell me all my plug-ins being processed on a separate box and freeing up the processing power of my computer? Plus some of the cleanest audio the industry produces. This is what all the big boys (and 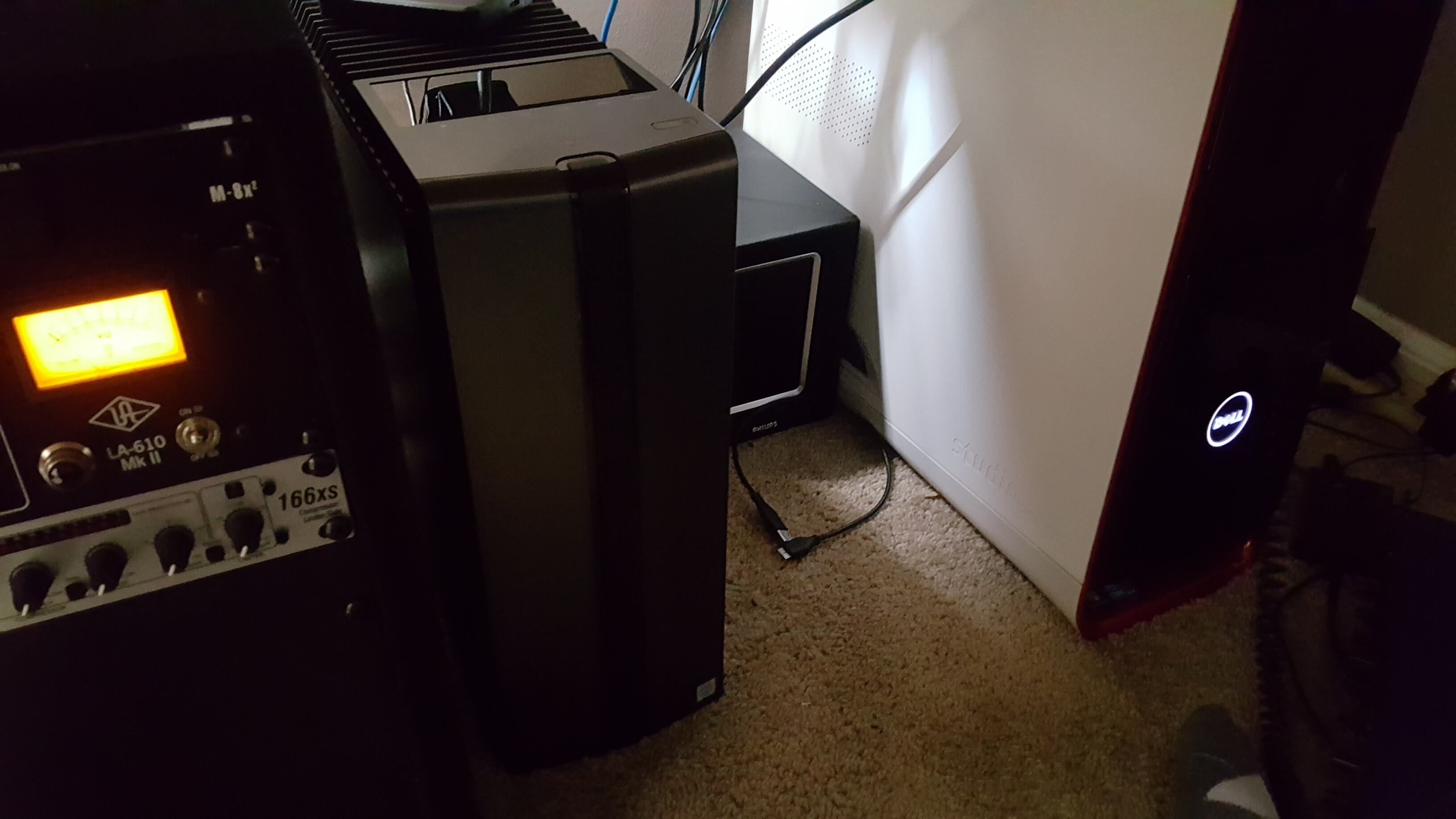 gals) were switching to (or had already switched to) and I model myself after the big boys. But there was a slightly higher price. It was triple the price of the 2i2. But I went with it. Plus I bought plug-ins for the UAD plus Izotope RX6, Ozone 8 and Neutron 2. Throw in some video editing software and all in all I spent a good few thousand bucks. Ok more than a FEW!!! Still, I kept using my old computer for nearly a year.

I Don’t Have Time For the Learning Curve

Some of it was fear of the new shiny gear. Some of it was attachment to the old gear. But much of it was that I was too busy earning money with my old gear to learn the new gear. It was more complex than the old stuff. And I couldn’t mess up my clients voiceovers and radio commercials while I figured it all out. And my clients were happy with what they got. They didn’t notice the difference. And legacy clients definitely weren’t gonna pay me more for my steep investment. So I continued using what I knew best. I couldn’t stop the show and restart it.

I had to face the facts. As long as I stood still, I was in a state of moving backwards. Because things had progressed in my industry, audio from my collegues was getting better and mine was sounding dated. While loyal clients might not care whats in my home studio, new clients might. My Dell was in it’s last days and I had to make time and not be afraid to mess up with the new gear. When I finally did produce my first commercials with it, the audio sounded like crap. I went back to my old set up but decided not to give up on my more recent investment. So I tried again, and again and again. Finally I got it right. In looking at it, I realized that my old audio gear represented more than just equipment that I was attached to. It represented life, progress and overcoming fear. 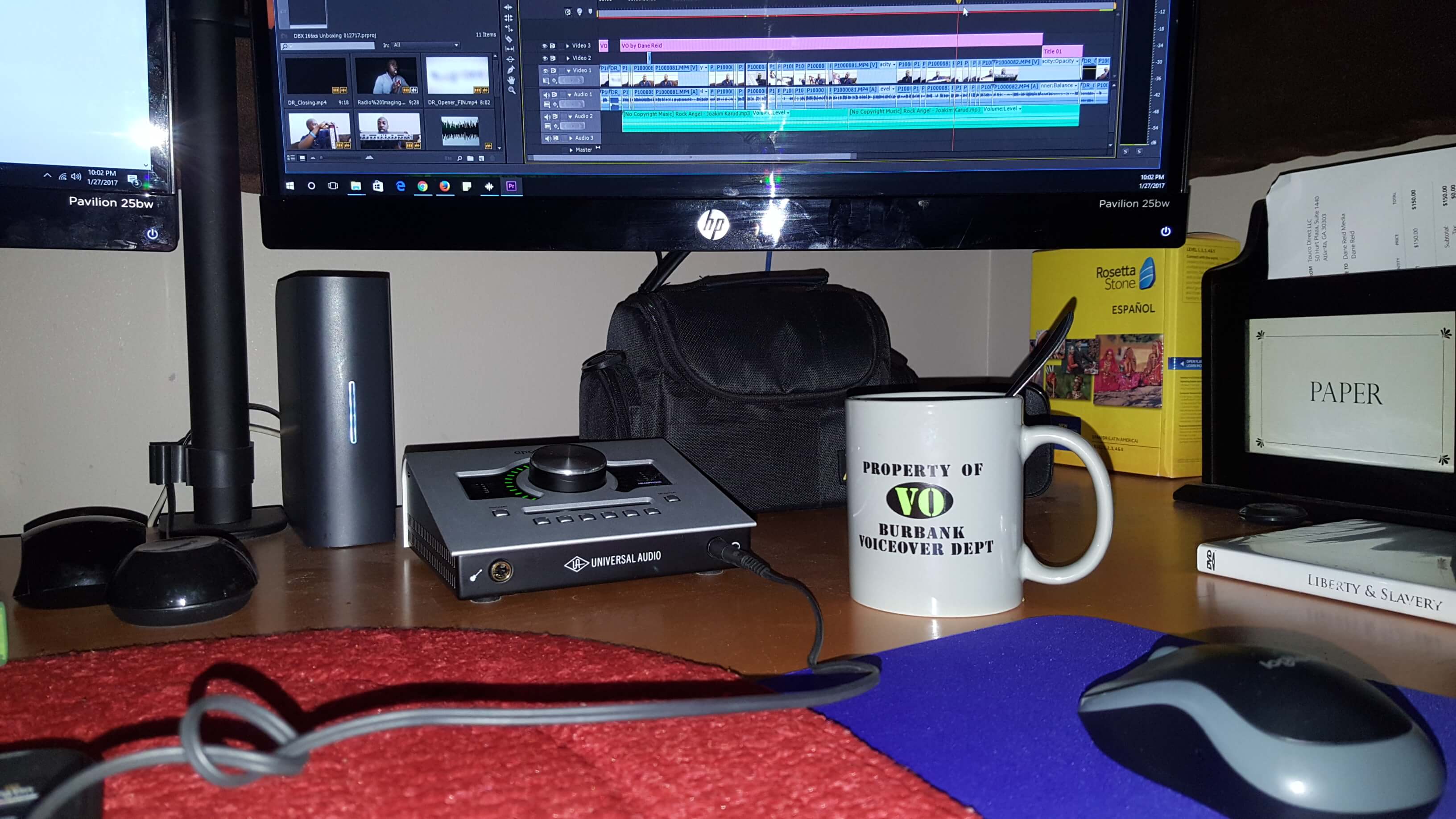